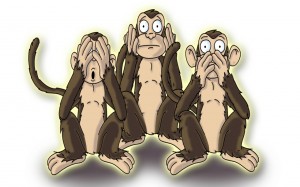 The following is based on a true story and, for a blog, may be a little long, but mortgage professionals need to be aware of what some prosecutors are doing with respect to the past subprime industry and prosecuting stated income/stated asset loans that have gone into foreclosure. The actual names of both the lenders and the loan officer are withheld in the interests of privacy.

A loan officer came into the industry in 2002 and received all of her training from one of the largest subprime companies in the industry at that time. The majority of her loans was of the stated income/stated asset variety until the financial industry meltdown.

In late 2007 she was approached by a loan officer she had worked with in the past to get several condo loans funded, all within the same building. All the loans were of a stated variety, had been in other shops and submitted to other lenders apparently without an approval. She was offered a substantial bonus to get the loans funded which should have raised red flags and RESPA issues but apparently did not. What she didn’t know at the time is that she had just become part of a “straw buyer” mortgage fraud group that included a title attorney, an appraiser, a contractor, the major organizer acting as the owner and now, she was their newest loan officer.

I will cut to the quick and tell you all the loans were funded, using transferred but updated loan files and the existing appraisals were used for the approvals.  The appraisals were fraudulent with the values of the properties significantly inflated. The loans were spread out to several different lenders and all were stated/stated owner occupied loans, with borrowers claiming owner occupancy on multiple properties. Again the loan officer was just focused on the money.

As is usual in these schemes the straw buyers were told the properties were to be rented and all payments would be made on time. Of course none of that happened and all the properties soon went into foreclosure. The loss on the loans was in the millions..

Now before we get too far into this story it must be acknowledge that the loan officer was not without guilt. She fell victim to greed, falsely submitted multiple transferred packages for the same borrowers for different condos within the project and showed each as an owner occupied purchase. That said, she also received direction from the lenders and/or their representatives as to how to structure the loans to make sure each was approved on the stated income/stated asset programs available. Neither the lender nor the loan officer wanted to know the truth of the loans.

There were several motions filed prior to the trial but one in particular by the prosecutor really stands out and changed the entire course of the trial. My intent is to keep this lay person friendly so I am not going into the legal specifics nor am I an attorney. The motion basically cited its foundation and asked the court to not allow any evidence be introduced concerning the lenders in question that pointed to their actions, guilt, accepted lending practices nor any evidence concerning the subprime culture that was in existence at the time with respect to “liar loans”.

What this meant was devastating to the defendant. In other words even if the lenders invited mortgage fraud and/or trained account executives to show mortgage brokers how to change the numbers and commit mortgage fraud, to gain an approval, this could not be introduced into court or used as any kind of a defense. The same applied to the subprime industry culture.

A few days later the prosecution requested that the testimony of an independent expert witness be denied based on the above ruling. The judge sided with the prosecution, given the previous ruling, and denied the testimony of the expert witness. In the ruling the judge stated the individual was certainly an expert in the mortgage industry but since the individual had not worked for the lenders at the time these loans were funded, or on those specific loans, that individual was not qualified to testify again given the previous ruling

The final straw was something very odd. The loan officer had character witnesses to testify on her behalf. The minute they were sworn in the prosecution objected to virtually everything they had to say about the defendant. Why?  Keeping in mind the above rulings, the reason was because they had not worked with the loan officer in the mortgage business with those lenders or on the loans in question. Any other testimony on their part as to the character of the defendant was considered irrelevant.

Now I am sure they were legal grounds for the judge to rule as he did but from a laymen’s perspective this wasn’t really a trial as much as just a legal process to go through to convict someone that apparently was already obviously guilty. The jury returned very quickly with a guilty verdict and an appeal is being considered.

The above said, and on an individual scale, the lenders continue to walk free while loan officers, mortgage brokers, or anyone else involved in the retail loan process face years in prison. This is not a position of innocence for a loan officer, or anyone else involved, but rather a comment that those up the food ladder just are not being prosecuted and in fact will never be given the years that have passed.

Why? I truly feel that many prosecutors are very comfortable with the low hanging fruit and do not want to do battle with a team of high value attorneys that could draw the process out for years and perhaps even gain an acquittal. While the federal government has levied huge fines against the subprime lenders, or their parent companies, no individual has gone to jail on the lender side of the equation. The judge also refused to have the fines that levied against these particular lenders, for practices that included these particular loans, introduced into court as evidence in this case.

In my humble opinion this truly was injustice for all. The playing field was not even close to being level and it appeared that was exactly the point of the legal exercise.

Please understand that this loan officer allowed herself, motivated by greed, to be drawn in to an illegal lending activity and if you commit mortgage fraud you are probably going to jail. However, to not allow the jury to understand how the subprime lenders did business, how many of them trained mortgage loan officers to commit fraud and the massive federal fines inflicted on these lenders for their fraudulent activity makes no sense at all. Once again In this case every loan was part of a number of settlements with the federal government and each lender considered part of that fraud action.

The courts continue to be filled with mortgage fraud cases based on lending activity related to the past stated loan market. It would appear that striving for a level playing field during these federal prosecutions is going be an uphill battle if these types of situations continue. A level playing field should be expected in any mortgage fraud trial regardless of the defendant’s perceived innocence or guilt. One can only hope this case was an anomaly and not business as usual.

If you are ever contacted by the FBI regarding any kind of mortgage fraud do not meet or speak with them until you have retained an attorney to advise you. Your future may well depend on it.  The loan officer is this particular case met with the FBI without an attorney during the investigation and made some damaging statements that were allowed into evidence for the jury to examine. It proved to be a key piece of evidence and, with the limited defense available, also proved to be a key factor in her conviction.